Seeking some extra chunks for your town? Don't want to recruit more people? We've just the thing for you. With the Spirit World Capture system, players can partake in one of the world's oldest activities for more town space - conquest. The three Towers all contain portals, which open every hour individually. If you don't want to spend all day standing around them, use /swc to check which ones are opening in the near future.Each tower contains twenty-four unique Points to capture every day - this means a grand total of seventy-two across three towers. The coordinates to these towers in the Spirit World are listed below.

Upon entering the Point, you'll be faced with one of many different arenas. They tend to alternate, so not every fight will be the same. Players can fight other players inside of these arenas, or, if defending towns wish to hire some extra muscle, they can do so by spending Spirit Essence. Just be aware: dying and/or logging off will send you to the Tower's entrance in the Spirit World.

If a Capture Point is contested by attackers, the players who live in the defending town will receive a notification, informing them that their Point is under attack. If the Point is successfully claimed by attacking forces, the defenders will lose the bonus chunks associated with that Point. To finalize the claim, players should speak with the Scared Villager, who will appear when no mobs remain.

For those daring to venture into the dungeons interspersed in the world, slain mobs will drop Spirit Essence. This currency can be used to hire the services of your very own mobs to defend your captured Points. To purchase them, right-click the Scared Villager in the Arena. They will offer you three choices at varying prices:

You may hire the services of a maximum of 150 mobs. However, only twenty-five of them will guard the Point at a time. In order to view how many mobs have been hired, use the command /swc here while inside a tower. The Scared Villager stays true to their nature, hiding until all mobs are defeated - allowing you to claim the Point as your own. 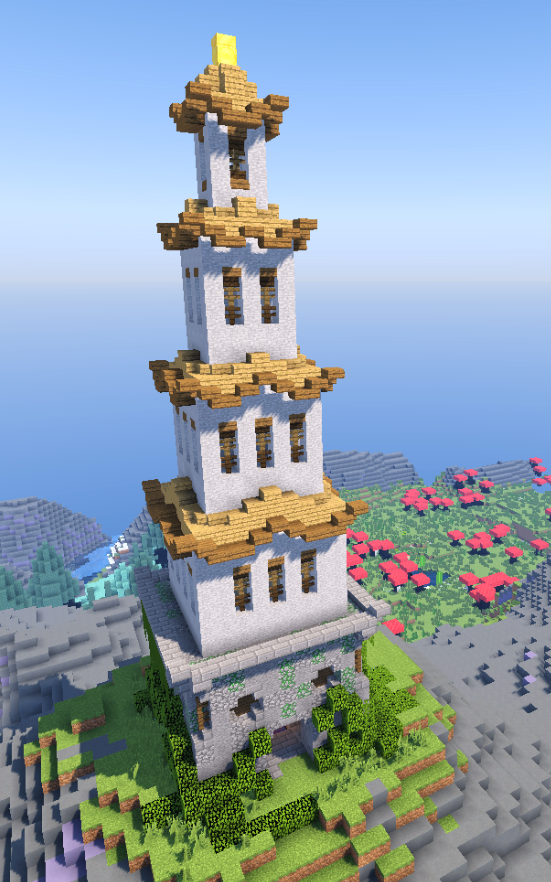