Greetings and salutations, readers! Guru here once again to deliver the news. As promised in Issue 54, we've got some fun stuff to show you. Only this time, these are being released now. Amazing, right? 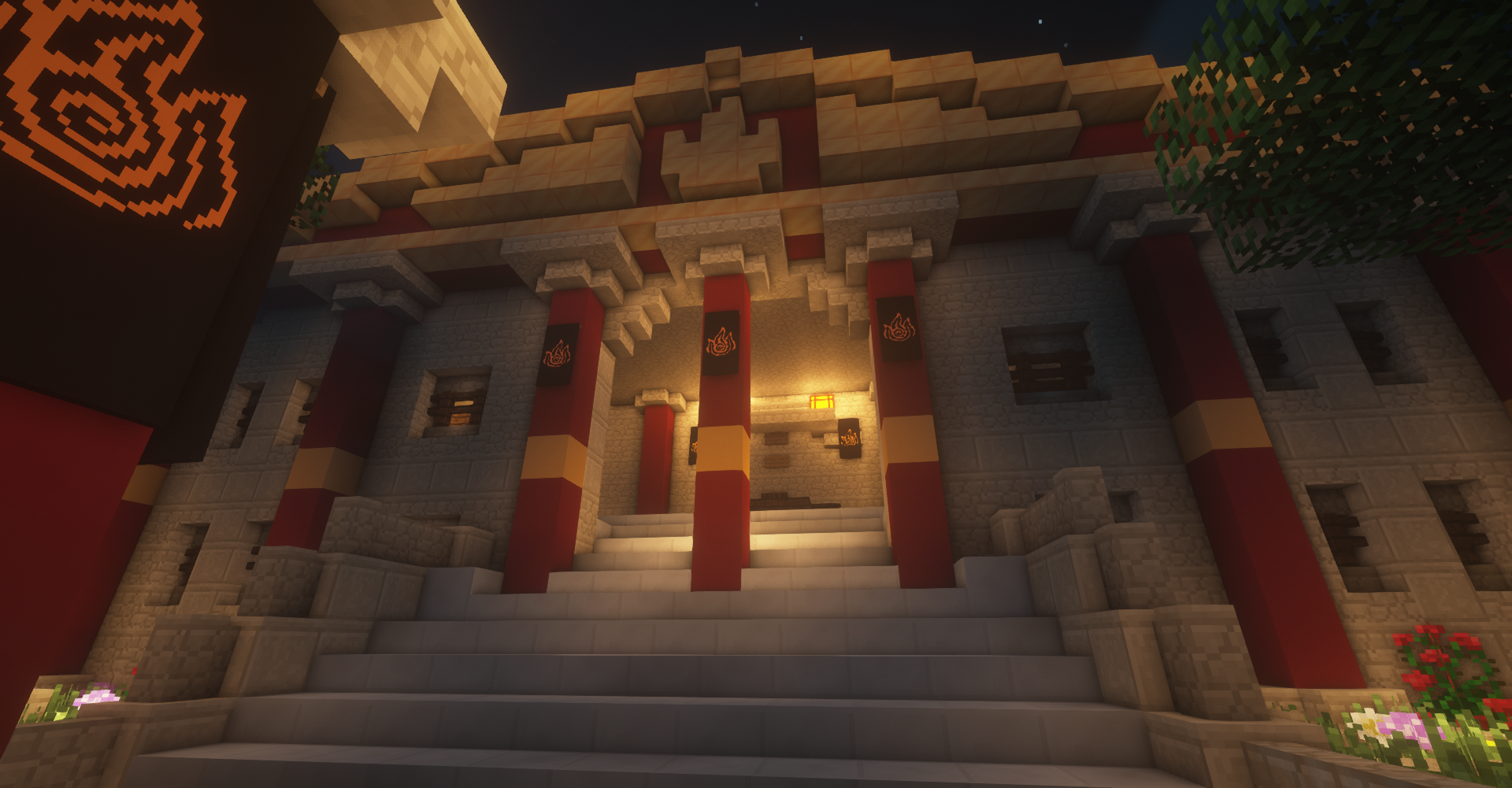 For the main course, the Fire Nation nobility have finally decided that no, they won't live in empty houses, and yes, they'll hire a few interior designers to get the job done. Explore the imperial capital like never before! We've even included some fun new buildings, including the FNC's very own War Museum (pictured above)! That's not the only new addition, but the only way you're finding them all is by heading there yourself.

Having trouble remembering commands? We've just the thing. Introducing the Information Book! In this nifty collection of paper bound by leather, you'll have access to all of the menus and relevant teleports that you'll ever need. New players will get this book automatically, but if you're still playing on the server through the power of VHS (like me), there'll be a vendor in your bending capital - next to where you spawn in. Seek them out to get your hands on one!

All of our existing dialogue has been painstakingly brought over to the new system. If you're downloading the resource pack manually, you'll need to update it for this one (via the site, same as usual). Definitely worth it, though, to go talk to an NPC and not have them give you a book instead of, you know, talking to you themselves.